How do you build your own particular, personal, visual language, in a time in which images have already said pretty much everything?

I try to approach things instinctively in a way that feels new and exciting for me and then hopefully that is also transferred into my work.

How do the various languages you use relate to each other? How do they exchange roles and functions?

I think the most interesting thing is that there’s a difference in scale. So working in set design is usually on a larger scale and with costume/props its smaller. It’s nice to be able to move between these different ways of working but there are definitely things that reappear in both areas. When I start to make a set or a costume its very similar; I usually draw an idea of how I imagine it might look and think abut the materials, textures and colours. Often the line between set and costume can become blurred. In the video I worked on for Sinead O’Connor ‘The Wolf is Getting Married’ the costume is physically connected to both the body and the set. Strings are tied to different parts of the room and linked to pieces of lace. This lace is also attached to the skin using a prosthetic glue. So the costume could quite literally be considered to be set design. 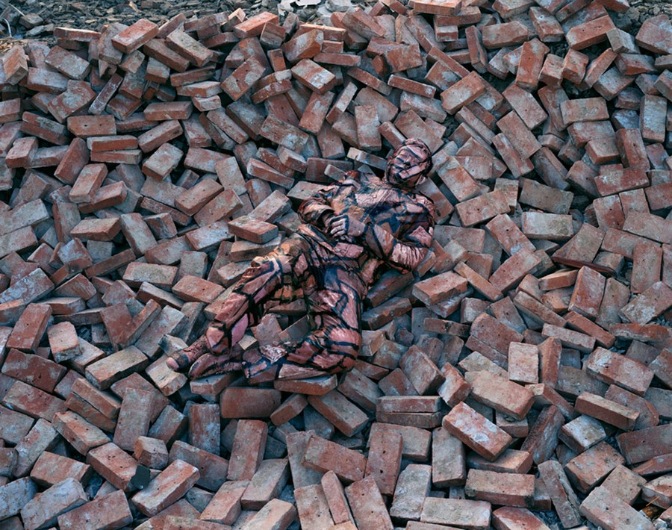 Which project were you most passionate about? Why?

I made a music video for the ‘Sigur Rós Mystery Film Experiment’ last Summer. The task was for emerging filmmakers and artists to interpret a song from their new album without any given brief or instructions. This was a great chance to play with translating music into moving image without narrative constraints and I based the video loosely on a story that I remembered from my childhood called ‘The Moon’s Revenge’. I then made the costumes, props, set. filmed it with a cinematographer friend and edited the video. So it went from nothing to a completed video in just three weeks. It was a very intense process but really thrilling to make something like that in such a short space of time. 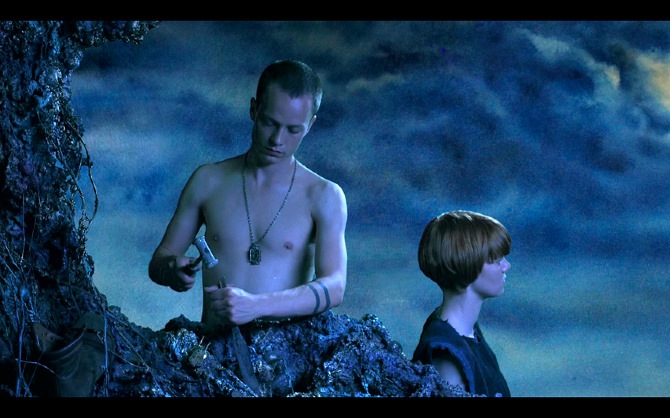 Who have you met that most impressed you and influenced you?

I’ve worked with a fantastic cinematographer and photographer called Michel Dierickx a number of times now and am always impressed by his calm and sensitive approach. He is a very talented artist and still remains humble and humanist within an industry that is often quite stressful and uptight. I also met artist Bart Hess in February this year at the opening of ‘ARRGH! Monsters in Fashion’ an exhibition that showcased pieces by Bart and myself amongst others. I’d admired his work for a while so it was great to meet him. I think his approach to texture and the way he works with the body is very interesting.

I think my inspiration comes from lots of different places. It can come from anywhere really. I’m influenced a lot by contemporary art, ancient art, fantasy films, music videos, fashion but it can just as easily come from a building site or a strange shadow on a wall. I’m drawn to things with a cinematic or epic quality to them I suppose but anything that can transport you to a different time and place is inspiring to me.

How do you observe reality?

Hmm that’s a difficult one… I think because its so subjective I see reality as a personal understanding or filtering of the world around us. Its what happens when the outside events, places and people become internalised in the mind. Everyone has their own particular reality and their own idea of what it is. 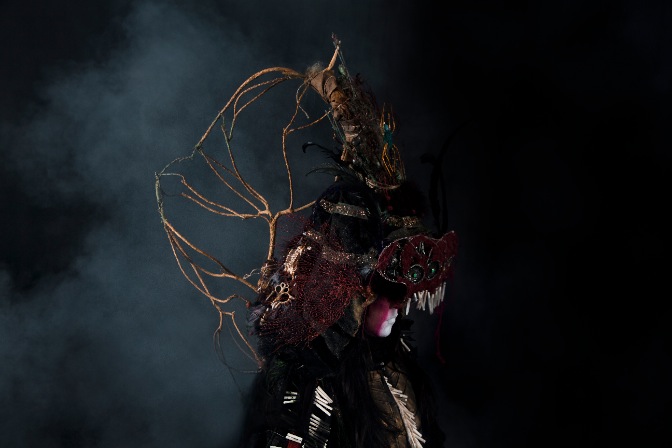 Fashion and performing arts are disciplines of the body. What is your personal and professional relationship with the body ? 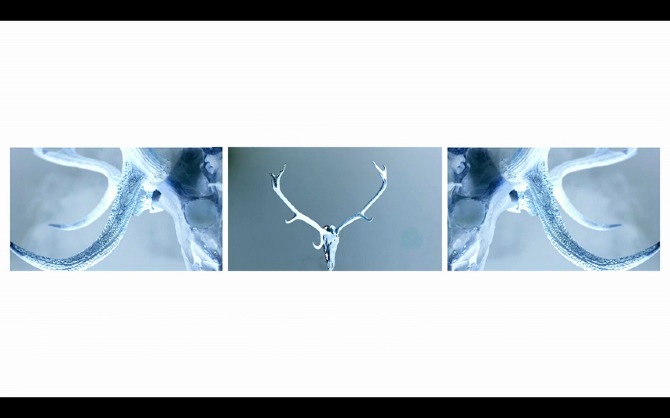 What does the project  ”Undressing the mythic body” mean to you and how will you construct it?

For me the project is about deconstruction. So deconstructing the way we make sense of our lives, the way we remember things, deconstructing the way we see the body and playing with how all of these things can be explored through costume and set design. For that reason it’s titled ‘undressing’ rather than ‘dressing’ because we are uncovering layers. It could also be argued that ‘to undress’ is ‘to dress’ which I find intriguing. I’m interested in looking at how ‘remembering’ is a creative process, a retelling of a story that is emotionally charged or influenced becomes a personal myth of sorts. These personalised accounts of time, people places or events have been filtered through the mind and so take on new lives in an arena where reality and imagination meet.  In the workshop we will look at ways of taking these interior personal narratives and putting them back into the exterior world, giving them newfound life the same way a myth is retold and reworked over time.

What is the mythic body?

The mythic body in the context of this workshop is how the body or ‘living form’ exists in a memory. It is a body both in and of the mind. One loaded with emotions. Its make up is affected by the way it is remembered, imagined or re-imagined and not necessarily by the way it ‘really’ was physically. 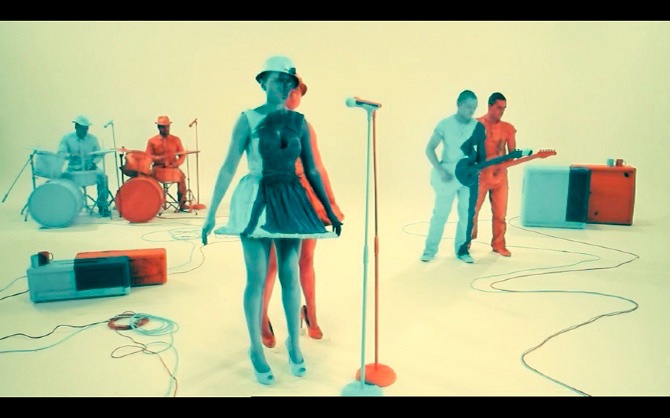 The language of fashion is often considered to be superficial, but it can be very profound. What do you think?

I think because the language of fashion is concerned with image it often becomes solely about how it can suggest wealth, beauty and social status. It does also play a massive part in perpetuating existing body ideals and so its quite dangerous in terms of what is says about body and gender politics.

However fashion is a big word, its the same as saying ‘art’ or ‘theatre’ really and so in that sense its no more guilty at putting image over content than some contemporary artworks or theatre might do. There is a mainstream in fashion the same as there is in film, theatre or contemporary art and all of those areas can be seen to of glamorise or commodify at a superficial level (which is not always a negative thing). As a place for experimentation and expression Fashion is just as diverse and rich in possibility as any other area. Some of Alexander McQueen’s early catwalk shows are brilliant examples of fashion as multi-layered artistic statement. This is something that I feel I encounter through my collaborations with Menswear designer Craig Green. He is not afraid to take risks with fashion which is very exciting.

What is your relationship with clothes?

I find clothes amazing for the way they can completely change how you feel and how others respond to you. I wouldn’t consider myself to dress particularly wildly but there are some clothes that I feel really help me express my own personal style. I don’t buy expensive or designer things but do generally only buy things that I like. This means I am really attached to some things that I own. Its normally because there’s a memory associated with the item or its something I got at a market or a charity shop and know I couldn’t ever replace.

Temporary Intruders at #meinherz. Day I

“It’s too much greenwashing, too little action”