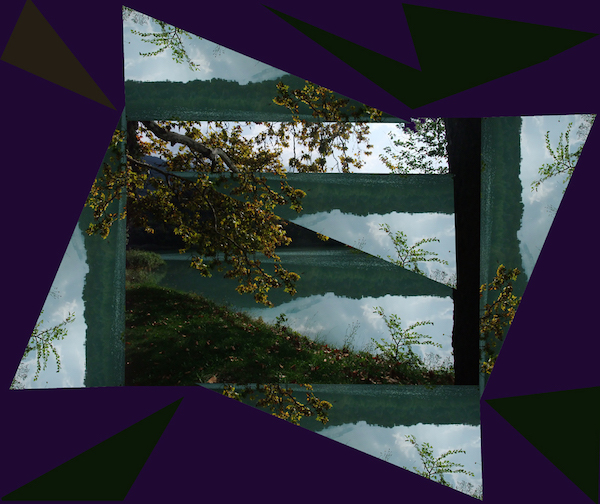 Your smell of tobacco. Your white locks close to your head. Your hoarse voice.

That time you ate crisps for two weeks straight because veganism was not yet a thing in Britain. Two weeks claiming that you were eating chips and not crisps. Just to clarify on which side of the ocean you were standing.

All those times you said “Go to the States. New York is so much better than London”.

Sister Cesarina, the only one who lifted the veil. You alone against a pack of harpies. Blind, soulless brutes.

Your eyes when you saw a white-chalked “re-hearshed” on the blackboard. All rehearsals have been for you since that afternoon.

The music you played while you composed your poems, while you put together your collages, while you questioned the meaning of death, while you went on smoking cigarettes, fighting the fight against the smelly fumes of the restaurant underneath your apartment.

One of your favourites by Anna Guterl.
Nothing like Korean Napalm in the morning. Mike says smelling kimchi-jigae quaffing through the house a hint of a rotting carcass or something similarly familiar unburied married with sweet roasted aroma of sesame oil rain-bowing the broth.

The Poets’ Corner. Then Peirce.

When Maxine left, you were still mourning your parents’ death. You said that your intellectual self was numbed for a relative time. You said you never read so much like then, digging into the Members’ Only Section of A.R.E. Edgar Cayce Association.

Your friends from high school. Everyone looking forward to seeing you trolling around like you did when you were sixteen. Forever grounded because too loud all the time.

Lactuca virosa. The natural painkiller that grew in your backyard. Ailment for your migraines, your insomnia, your anxiety.

You are a ghost dancing in 33 Movements. Your opening and closing numbers are now at sixes and sevens.

You translated others all your life and now you translated yourself. Where to? New Orleans, Buenos Aires, Florence? Where to, Anny? Where to next?