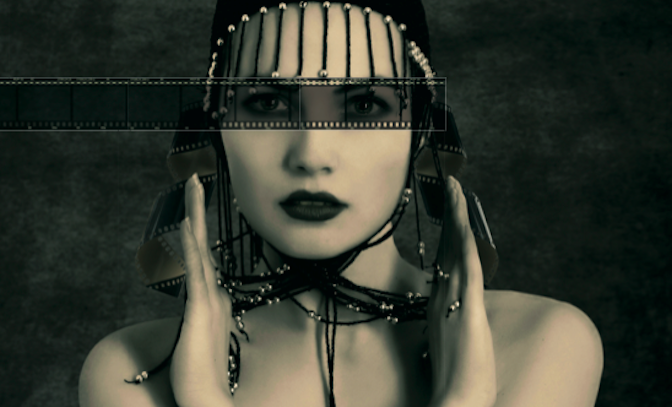 A competition to compose and create a sound track to silent films of the era of silent movies.

WHO WE ARE : HK15 RIMUSICAZIONI FILM FESTIVAL
The competition consists of creating and cutting a new sound track for a silent movie of the silent film era. The purpose of this initiative is to promote the creation of new creative relationships between sound and film images, to give new resetters to music a chance to present their works and to rediscover and revalorize worldwide cinematografy until the the years of the 1930th.

The festival will take place at the VIDEODROME hall and in another hall of bigger dimensions (that we will communicate you in time) in Bolzano, Merano and Ora 1 to 6 december 2014.
Finalist films of the official competition will be screened, along with other films out of competition. At the end of the proceedings there will be a live resetting to music out of competition.

Prizes:
Cash prize: Can be given to competition entries of any length and cut to any musical genre and/or soundtrack, even non-original.
Experts Prize € 1.000
Authors Prize € 1.000
The Harlock Prize: The association Harlock for the competition acquires the rights for the distribution in Italy of specific films of the era of the silent movie. These movies toghether with their new added soundtracks considered most deserving by the jury will be published by Harlock association during 2015. In connection with this it has to be emphasized that the Festival intents to publish the films with multiple soundtracks. This section of the competition requires strictly original soundtracks. The winners will receive 10 free copies. The  remaining copies will remain at the Festival’s disposal, free to use them for its promotional activities and commercial selling. The Harlock Prize can be collected in accumulation with the money prizes. The awarding of the Harlock Prize is the exclusive competence of the association’s artistic committee, consisting of the comittee of Harlock and the artistic director of the Festival.

NB: If the jury cannot decide on deserving winners, it is possible that the prices will not be given. In the case of “ex equo” the cash price will be divided. The awarding of the prize is bound to the attendance of the winners or their delegates at the prize-giving evening. Alternatively, requests can be made for the provision of a video message (a short, self-produced statement on digital, about the original film and participation at the festival) or a video/audio conference call if technically possible. The risults of the competition will be published on local and national mass media and on the website of the Festival.

The works submitted to the competition will not be returned and will be saved in the archive of the Biblioteca del Cinema run by Cineforum Bolzano and used exclusively for institutional purposes of the association (Harlock and Cineforum Bolzano).

The competing films will have to pass the selection of the pre-selecting jury composed of the comittee of Harlock and the artistic director of the Festival. The preselecting jury will judge the technical quality and the basic artistry (minimal) of the received works. The works which pass pre-selection will be submitted to the judging of the final jury composed of musicians, cutters, directors, and art and cinema experts. All films admitted to the final round will be screened publicly during the Festival. The decisions of each jury are incontestable.

HOW TO TAKE PART

The competition is open to composers, musicians, sound designers, sound engineers, cutters, filmmakers and performers, professionists and of course open to anyone of all nationalities and without any limits of age.

All the admitted films and cartoons have to belong to the SILENT FILM ERA and integrated in the montage. Whatever length is accepted. Whatever kind of soundtrack – in accordance to the intents of the Festival – either original or nonoriginal is allowed (noise tracks included). Works can either be philological or ironic and desecrating. The aim is to let the authors the largest creative and conceptional freedom. Manipulation of the original montage and extracts are not allowed. To participate at the competition, entries have to be submitted in 6 copies on DVD written at max 2x speed until and not later than Septeber 30th , 2010. The author must pay shipping expenses for the submission. These copies submitted for the first selection are not sent back: they are kept in the internal archive of the Association and included in the Cultural Circuit. The screenings take place exclusively in video with the copies sent by the competitor at the moment of entering.

Entry to the competition is free.

The deadline for entries (the postmark is considered as proof) is October 31th, 2014. After delivery, the Festival Management will send an e-mail or phone the entrants. Films must be sent together with the entry form available online at the festival’s website, to be completed, printed and signed and sent with other publicity material for the film.

Using the Poste Italiane postal system for dispatches from Italy (though only using priority or registered post – prioritaria o raccomandata) or using a courier service.
NB. Together with the filled out and signed inscription form it is usefull to send the rest of the material on cd-r or by e-mail.

In respecting the privacy law (italian Law 196/2003), Harlock does not give personal informations of the festival entrants to a third party.

All finalist authors are invited to Bolzano to take part in the screening of the selected works. The entrant toghether with two companions can enter for free. The organisation reserves communication of possible agreements with hotels and/or restaurants for board and lodging expenses.

Harlock undertakes the responsibility of informing the entrants a long time in advance of any use of the works in question (also when repeatedly broadcast on TV) as well as guaranteeing the work’s security against commercial exploitation (the dialogue, subject etc.) without asking the author’s permission first.

Harlock is also committed to complete clarity in communicating informations to the participants and always provides, as much as possible, constant and timely information to the participantsThe Festival Management reserves the right to change part of this application procedure subject to the changes being published on the official website of the Festival.