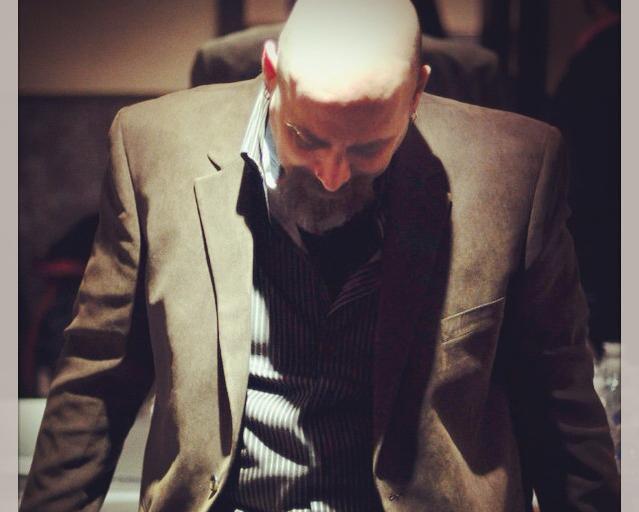 What would you be if you were not a communicator and storyteller? / What do you want to be when you grow up?

Doing voice-over work for cartoons would be the best thing ever. Since I have no talent for accents and no acting abilities, it’s probably not going to happen.  In a more practical vein, I’m working hard at bringing storytelling training into my corporate work.  Things are progressing.

How long have you lived in New York and why did you first come?

I’ve lived in Jersey for (dear lord) 15 years now. Seeing that in print makes me sad.  Originally, my then wife and I were looking to buy a house in a place that was convenient both to Staten Island, where she was working, and Manhattan, where I was working.  The town we ended up in met both of those criteria.  Within a year, she was no longer working on Staten Island and I was no longer working in Manhattan.  Why we (and then I) stayed is a long story whose title might be “Bad Decisions.”

What is the best thing to do (what do you like doing ) in Jersey/New York?

Going to storytelling shows.  It’s better if I’m performing, but only marginally so.

There are too many things about Jersey I don’t like, but mostly, it’s just that I don’t actually live in NYC.

What is the craziest thing you have done in Jersey/NYC?

I don’t really do crazy.  I ride a motorcycle and I’m part of a community of spoken word artists and burlesque performers; I don’t need any artificial madness.

Where would you live if not in Jersey?

Have you ever been to Italy OR Bolzano/Bozen – South Tyrol/Suedtirol/Alto Adige?

In college, I did a whirlwind tour of Venice, Rome, and Florence as part of a larger backpack-around-Europe thing.

I loved turning a corner in Rome and just kind of stumbling on the Colloseum.  We have some old cities in the U.S. (New York, New Orleans), but we don’t have any ancient ones.

I did not like that nobody grabbed my ass; I felt vaguely slighted.

Just that I wish I was better at these interviews.

My future is in art